As the Jacksonville newscast says, this problem is not new.  Pursuant to this topic, your historian joined a meeting on Oct. 13, 2017 at the Florida Springs Institute in High Springs.  Present were Dr. Robert Knight, Ron Trygar, waste water specialist at UF, Bob Barnas of High Springs and two representatives from Florida Rural Water Association.

HIGH SPRINGS, Fla. – Residents in one Alachua County city are demanding change after more than two weeks without safe tap water to drink.  A precautionary boil water notice has been in effect in High Springs since Oct. 3, all because of floodwaters from Hurricane Irma.

Water plant managers pump their drinking water out of the aquifer, and then treat it to make it safe to consume. Irma, however, flooded nearby rivers, causing sediment like dirt and leaves to pollute the wells.

High Springs residents and business owners said they are tired of paying the price, and are now petitioning the city to change the way it decontaminates the water. 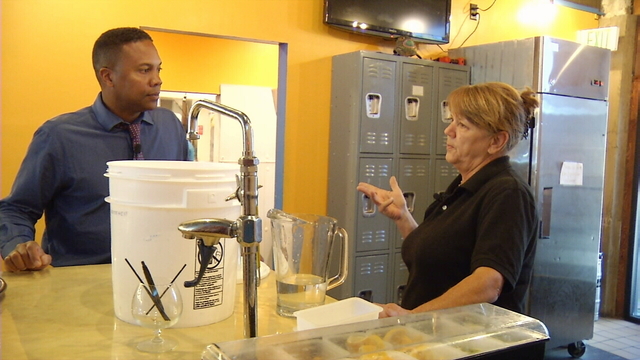 ”We have to go out and buy water, soda, ice, three times a day,” said Cheri Tolkkinen with El Patio Restaurant in High Springs. “Customers are concerned to come in because of the contaminated water.”

Tolkkinen told the I-TEAM that buying water and 200 pounds of ice every day is getting old. And it’s unclear when the precautionary boil water notice will be lifted. In this case, officials said the wells were impacted by Irma’s floodwaters and debris, and in some areas, the water is tinted brown or yellow.

”There’s people who don’t want to bathe in it, because it’s a discolored water coming out of their tap,” said Dirk Hunt, who lives in High Springs. 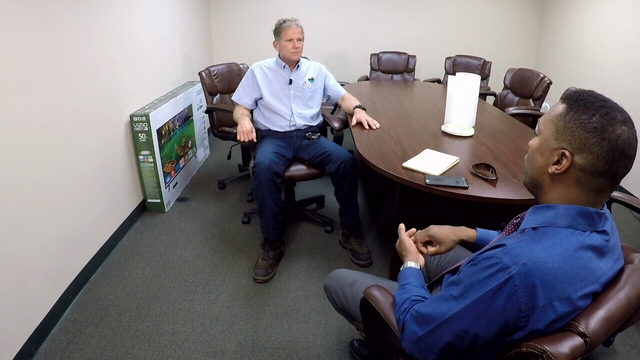 Hoffman said, in spite of the public’s frustration, there is no quick or easy answer.

”Me as an operator, I’m not going to fold to public pressure and rescind the boil water notice,” he added.

This boil water notice is the fifth for the city since 2014. Residents said they are tired of having to boil their water whenever the city’s water supply is compromised. 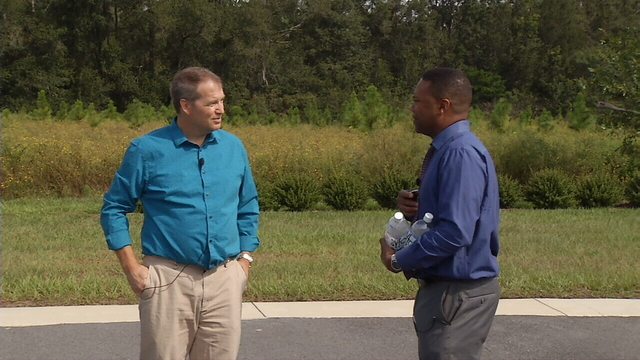 ”Every time a storm rolls in, there seems to be lot of sedimentation that comes into the system,” said Hunt. ”I think there’s a definite need for some sort of infrastructure upgrade, second source, or increasing the capacity of what our city water might do.”

Russell Simpson, with the Florida Department of Environmental Protection Northeast District, told the I-TEAM, “Northeast Florida experienced a historical rain event with Hurricane Irma and accompanying Nor’easters. Weather events of this magnitude can impact the water supplies of public water systems such as High Springs, increasing the water levels in wells, and cause ongoing issues until water levels return to normal.”

Simpson said for High Springs, it resulted in some color issues and challenges in maintaining adequate chlorine levels. 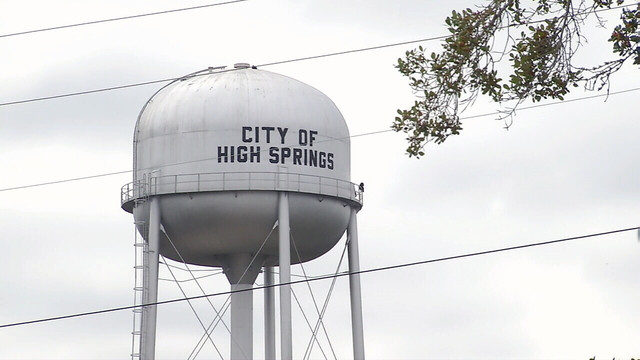 He said in an abundance of caution, High Springs issued the precautionary boil water notice while the city works to flush the system, reduce the color and allow chlorine levels to return to adequate levels.

“State regulations require a minimum of 0.2 milligrams per liter (mg/L) to be maintained throughout the distribution system,” he explained.

Simpson said it’s important to note, tests thus far have found no presence of E.coli contamination and that no contamination of the aquifer itself has occurred. He said that if it had, the precautionary boil water notice would have been revised to mandatory.

We’re told DEP is in regular contact with the drinking water operator in High Springs and has been receiving routine updates — on both monitoring efforts and response activities.

“Customers should continue to adhere to the precautionary boil water notice until chlorine levels are able to be maintained and the notice is rescinded,” Simpson said.

The I-TEAM asked DEP what it would take to create a new water treatment system in High Springs. We’re told a new system would require City Council approval, would be expensive and that cost would likely be passed on to water customers.