It needs to be said again:  this easy-way-out solution is no different than dumping garbage into the creek to get it out of sight.  Scientists do NOT KNOW what becomes of this toxic process water.  They know that liquids migrate underground and migration is not possible to control.  The chance of polluting our aquifer may be small but it is there.  Deep well injection is a bad idea and should not even be considered.  The danger is that once our drinking water is polluted, we have no means to correct the problem.

Manatee County has no right to put our aquifer at risk.

There is an interesting quote in the link at the end of this article:  Florida Secretary of Agriculture and Consumer Services Nikki Fried says:  “At some point the Department of Environmental Protection has to actually start protecting the environment.”

Our springs are dying, our rivers and aquifer are declining and pollution has never been worse.  And the DEP continues to allow the water management districts to issue more and more pumping permits and to allow AG to pour excessive fertilizer into our rivers and groundwater.

Go to this link to see the original article here at WTSP Channel 10 news.

The well will take the remaining wastewater left inside Piney Point’s reservoir and plunge it 3,000 feet underground. 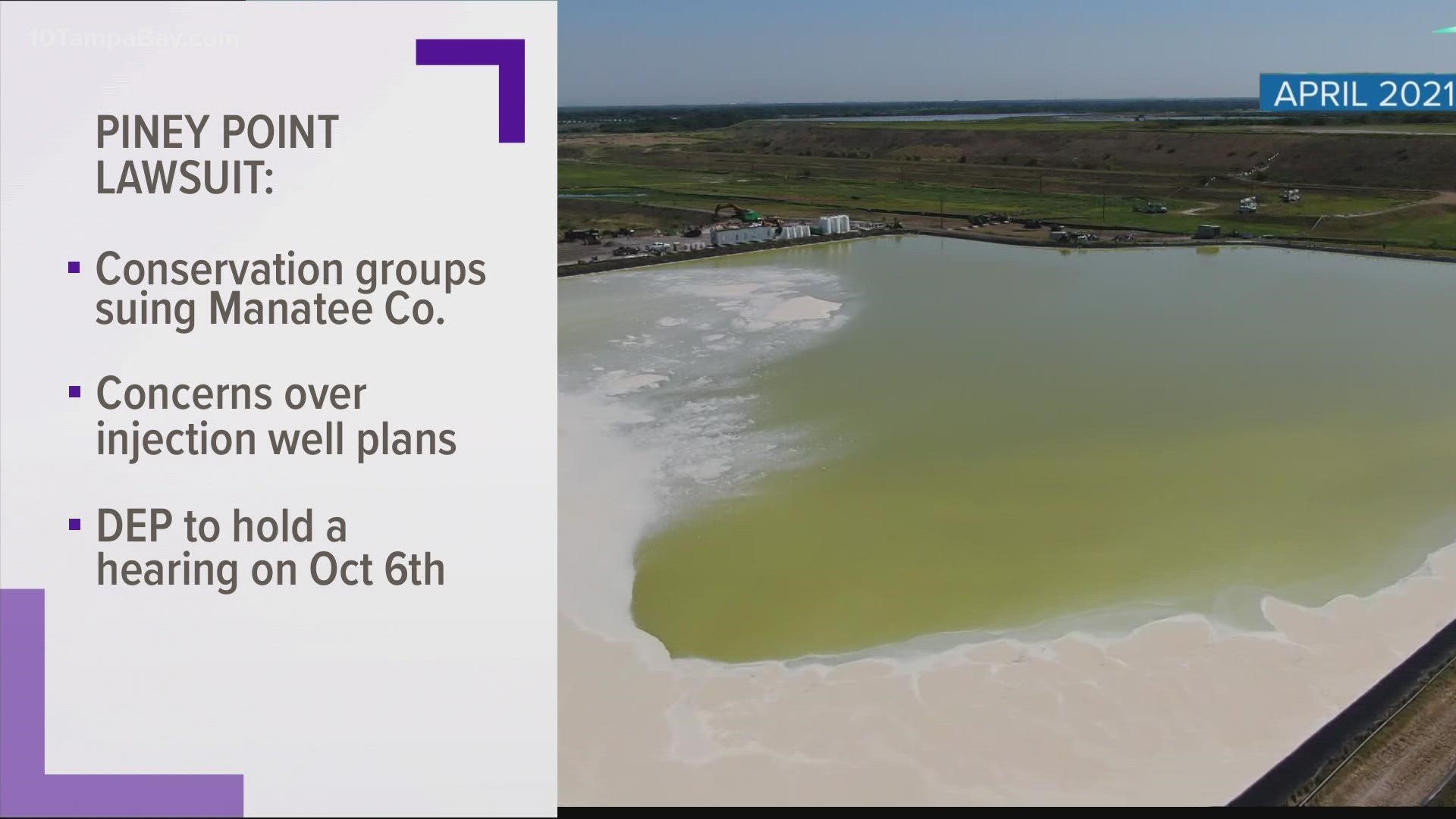 MANATEE COUNTY, Fla. — Manatee County could potentially face a lawsuit over its decision to send the remaining wastewater from the former Piney Point phosphate processing plant thousands of feet underground.

The lawsuit filed by environmental groups accuses county commissioners of endangering the health of people and the environment by disposing of waste into the Florida aquifer.

The more than $9 million project was approved back in April. It will take the remaining wastewater left inside Piney Point’s reservoir and plunge it 3,000 feet underground. At the time it was proposed, commissioners did raise concerns for the eventual injection well but felt there were few options left on the table.

RELATED: A deep injection well seems to be the solution for Piney Point’s reservoir, but what exactly is it?

Deep injection wells first became widely used in the 1930s when oil companies were looking for ways to dispose of brine. Twenty years later and chemical companies got in on the well action, sending industrial waste into a deep grave since it proved to be a cheap and relatively safe way of disposing hazardous byproducts.

Federal officials insist that deep injection wells pose very little risk to the groundwater that sits above them. However, there have been several instances of wells failing and sewage seeping out. One such case happened here in Florida.

Back in the 1990s, in Miami-Dade County, dozens of disposal wells failed, releasing wastewater into aquifers that could have been used to supply Miami’s drinking water in the future.

A 2012 investigation by ProPublica revealed that, at the time, more than 200,000 well inspections found structural failures to be routine. Between 2007 and 2010, more than 17,000 integrity violations were issued nationally.