Everyone Knows the Answer

Water management district spokespersons, legislators, politicians, industry representatives, and others of the same ilk can no longer kick the can down the road, stall, pretend they are working hard on the problem,  pretend they have things under control, point fingers, and recommend five-year long studies costing hundreds of thousands of dollars.  The solution is out of the bag, it is common knowledge, it is there for the taking.  Everyone knows the answer.

“This isn’t a technical issue anymore. This has got to be the most studied spring in the state of Florida. This is a financial, and social problem, and therefore a political problem. You’ve got folks who don’t think they have to pay anything even though they contribute to the problem and society won’t do anything about it,” he  [John Buss] said.

The studies all say the same thing:  decrease water withdrawals, nitrates and other pollutants and the springs will recover.

On Aug. 3, 2016, WSFU published the following article by Kate Payne.  WFSU is Public Media, PBS, and NPR for Northern Florida and Southern Georgia.

Comments by OSFR historian Jim Tatum.
-A river is like a life:  once taken, it cannot be brought back-

While a foul-smelling green algae chokes Florida’s Treasure Coast, local and state officials are debating how to cut down on pollution in Wakulla Springs. 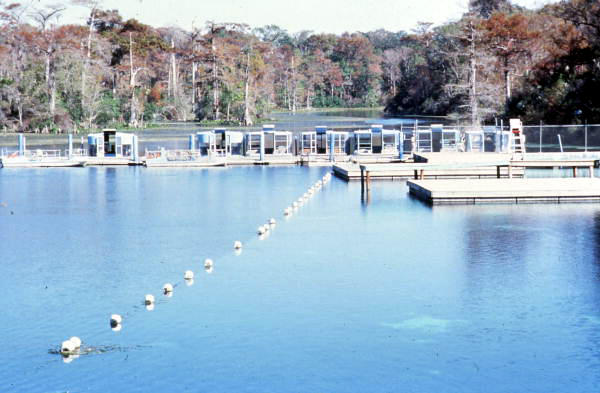 A view of Wakulla Springs circa 1980.
Credit Florida Memory / https://www.floridamemory.com/items/show/120780

Wakulla Springs was once crystal clear, home to glass-bottom tour boats that showed off native wildlife. But the water is getting darker, the boats are staying docked, and scientists are worried about algae blooms. Nitrates from agricultural runoff, lawn fertilizer and wastewater all contribute to the problem. The chemical seeps through Florida’s limestone geology, into the groundwater and eventually flows into the springs, where it can disrupt the ecosystem. Now a local advisory committee is trying to cut nitrate levels, and they’re focusing on septic tanks. John Buss is the City of Tallahassee’s water resources manager, and he sits on the committee.

“This is where there are about 8,600 septic tanks, that if you’d focus on getting AWT treatment to, you could solve this problem,” he said.

Up until 2010, the City of Tallahassee’s wastewater treatment plant was the largest source of nitrate pollution in the Wakulla Springs Basin. But after a more than 200 million dollar update to the system, septic tanks in rural areas are now the largest contributor. Buss believes the region should focus on tanks in Southern Leon County and Northern Wakulla, which are closer to the springs and cause the most damage. 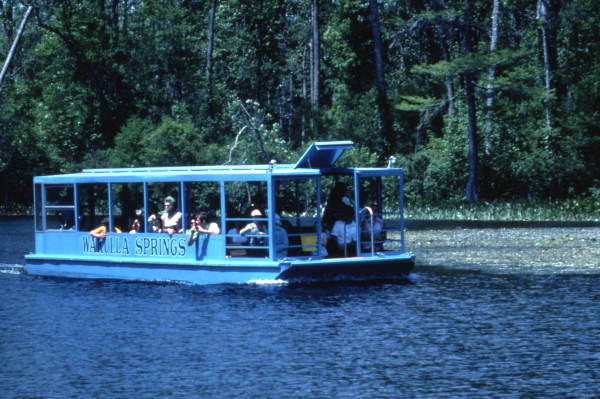 “Why should the people in the North get away with conventional tanks and if you live in the South you gotta have an advanced wastewater treatment system in the yard? Because that’s the cheapest way for the whole community to meet this goal,” he said.

The advisory committee will continue to debate technicalities, whether to update existing tanks, or expand the central sewer system. But Buss says the greatest challenge will be getting community support for the projects.

“This isn’t a technical issue anymore. This has got to be the most studied spring in the state of Florida. This is a financial, and social problem, and therefore a political problem. You’ve got folks who don’t think they have to pay anything even though they contribute to the problem and society won’t do anything about it,” he said.