So happy to see we are getting some power into this fight.  These legislators are speaking for the people here instead of for the lobbyists working for the water takers and it is very refreshing.

Nestle continues to spew balderdash, saying they are concerned about the health of the river.  They tout monitoring as proof they are good citizens.  Monitoring means they can stand by, observe and note that the water is dropping.  What then, will they stop pumping?  Unlikely.

When the springs are dry.

They already know the river and springs are in peril and over-abused, yet here they are pumping away.

Collaborate with Seven Springs?  What does that mean?  Will Seven Springs quit selling them water?  Unlikely.

When the springs are dry.

Cruz, of Tampa, filed SB 1096 to require the Florida Department of Environmental Protection to monitor consumptive use permits filed by water bottling companies to ensure they are in compliance with state law.

And Cruz filed SB 1098 to assess a surcharge of 5 cents per gallon of water extracted to bottle. Proceeds from that fee would be put into the state’s Water Protection and Sustainability Program Trust Fund, which has been unfunded since 2009.

Eskamani, of Orlando, sent a letter Monday to members of the Suwannee River Water Management District urging them to vote down a permit renewal request for the Seven Springs Water Co., which would allow it to pump more than 1 million gallons a day for bottling by Nestlé Waters North America.

Both of the lawmakers are entering a hot water war. The battle is testing whether Florida’s water management policies of the 1990s remain appropriate in 2019, as the state’s water resources come under increasing pressure from a rapidly expanding population, and the state’s policies come under increasing scrutiny in a time when both major political parties are sounding alarms over water protection, particularly at springs.

Seven Springs Water Co. has had a permit to take water from the springs since 1998 and has provided the water to various companies operating a nearby bottling plant. The permit allows for nearly 1.2 million gallons a day. But Seven Springs and its bottling partners have never come close to that, peaking at under 270,000 gallons per day for the past four years.

Now the permit is expiring at the end of this year. Seven Springs wants a five-year renewal.

And now Nestlé Waters North America has entered the picture. The company purchased the existing Ice River Springs bottling plant in High Springs at the end of last year and already is receiving Ginnie Springs water there through a contract for Seven Springs. Nestlé Waters has said it plans to ramp up water usage, pending renewal of the permit and the company’s projections for the market.

The company contends that the 1.152 million gallons per day permit maximum is both allowable and safely sustainable.

A written statement from a spokesperson said that water stewardship is “a top priority” for both Nestlé Waters and Seven Springs.

“Nestlé Waters is working with Seven Springs to implement a robust sustainability management process that will help ensure the long-term sustainability of Ginnie Springs,” read the statement. “In the first six months of working with Seven Springs, Nestlé Waters installed multiple monitoring points at separate locations and depths. This allows us to understand and monitor water flow direction and aquifer levels in this area of the Ginnie Springs watershed. Additionally, we are installing instruments to monitor the water quality parameters at key locations.”

Environmentalists are opposing it strongly, contending the springs and the Santa Fe River already are stressed from what is pumped out now, and that if the district signs off on the permit renewal it also is signing off on a potential quadrupling of water draw over what has been done to date.

Continually pumping from the spring, which feeds the Santa Fe River, could lead to a decrease in the river’s already slowed flow.

Environmentalists also worry about the proposed pumping increase because it promotes continued use of single-use plastics to bottle the water. Those groups are also concerned about plastic waste that pollutes the environment if it winds up in waterways or landfills and by requiring fossil fuels to make.

Nestlé Waters, which has two other bottling operations in Florida, has set up a webpage headlined, “Nestlé Waters North America Statement Regarding Seven Springs Permit Renewal For Water Use at Ginnie Springs, Florida.“

Among the points Nestlé Waters makes is that the maximum amount of water withdrawals allowed by the permit held by Seven Springs represents less than one half of one percent of the average flow of the Santa Fe River. The company contends that is sustainable and manageable.

The battle has drawn national attention as a poster child for Florida water wars, including in the New York Times and on National Public Radio.

For Cruz, it’s a symbol for what Florida could or should be doing but isn’t.

“Millions of taxpayer dollars are spent on recharging Florida’s aquifer due to the over-pumping of our state’s most precious natural resource – our water,” Cruz said. “We cannot stand idly by while bottled water companies make substantial profits off this public resource without paying their fair share or doing much of anything to protect Florida’s springs and drinking water for future generations.

“I do not accept the argument from bottled water companies that this pumping has a ‘negligible’ impact on Florida’s spring system,” Cruz said. “Water volume is decreasing in Florida’s springs. If these companies want to pump Florida’s aquifer and take water that belongs to Floridians, they should contribute to the Water Protection and Sustainability Trust Fund and address the environmental consequences of their business practices.”

Companies currently pay a one-time fee of $115 in order to pump water from Florida’s aquifer. Companies are not charged for the water itself, so its costs are those of efforts to pump it out of the ground, and other operations. Cruz’s SB 1098 would charge 5 cents a gallon for that.

What Seven Springs then charges Nestlé Waters for the water is undisclosed.

Cruz’s modeled her legislation on a proposal introduced by U.S. Rep. Charlie Crist who, during his term as Florida Governor, asked that bottled water companies pay a 6 cent surcharge for each gallon pumped. Crist argued at the time the fee represented just a fraction of what companies earned from extracting resources.

Eskamani said she has been hearing from her own constituents in Orlando, who are specifically concerned about the Ginnie Springs permit.

“Florida springs matter to everyone and even if it’s not in our district we should still be united in opposition,” she said.

“Ginnie Springs, located in the Santa Fe River, has already been deemed a fragile environment. In fact, it’s been labeled as ‘in recovery’ by the Suwannee River Water Management District after decades of bottling companies draining more than 270,000 gallons a day,” Eskamani stated in her letter to the Suwannee River Water Management District board members.

“Before we even consider allowing more pumping, we should work with the legislative and executive branches to craft and implement environmentally conscious policies to save our springs and waterways for future generations to come,” Eskamani wrote to the water management district board.

“We recently visited Wakkula Springs in North Florida too. Birds and fish are nearly gone. We must do something about it and elevate the issue for all Floridians to get involved,” she said….

“Our commitment to maintaining the health and long-term sustainability of Florida’s waterways is a top priority. Spring water is a rapidly renewable resource when managed correctly, and NWNA is committed to sustainable spring water management at all of the springs we manage – in Florida and across the country,” reads a statement from Nestlé Waters. “NWNA will collaborate with Seven Springs to sustainably manage withdrawals of spring water at Ginnie Springs, as we do at our other Florida springs.”

Janelle Irwin Taylor of Florida Politics contributed to this report. 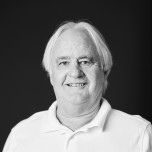 Scott Powers is an Orlando-based political journalist with 30+ years’ experience, mostly at newspapers such as the Orlando Sentinel and the Columbus Dispatch. He covers local, state and federal politics and space news across much of Central Florida. His career earned numerous journalism awards for stories ranging from the Space Shuttle Columbia disaster to presidential elections to misplaced nuclear waste. He and his wife Connie have three grown children. Besides them, he’s into mystery and suspense books and movies, rock, blues, basketball, baseball, writing unpublished novels, and being amused. Email him at scott@floridapolitics.com.