Water Online has published the following article on fracking and well contamination.  We can see that the best solution to this is to outlaw fracking.

This is just one more of over 900 studies on fracking, the vast majority of which find it undesirable.

How Close Is Too Close For Hydraulic Fracturing? 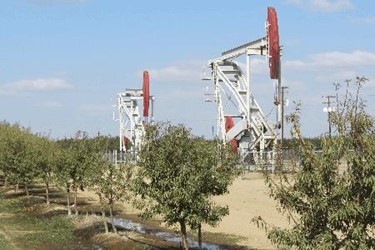 Although the majority of Americans get their drinking water from a municipal, public supply, 1 in 7 rely on private water wells. Though wells for drinking water and wells for oil and gas production are known to exist in the same geographic regions, their proximity to one another across the United States was uncertain.

Previous reports from the Environmental Protection Agency (EPA) on the potential safety and contamination issues involved with hydraulic fracturing impacts to drinking water have focused mainly on public water systems without delving into the status of private wells.

In a study published today in Proceedings of the National Academy of Sciences, Jasechko and co-author Debra Perrone, formerly a post doctoral scholar with Stanford’s Water in the West program and now an assistant professor in the Environmental Studies Program at University of California at Santa Barbara, determined what percentage of domestic groundwater wells might be next-door neighbors to active hydraulic fracturing.

Unlike public water supplies that undergo routine testing, water testing of private wells is voluntary and contamination events might go unnoticed by the well owner.

The study found that more than half of hydraulically fractured wells lie within 2 to 3 kilometers of a domestic well—potentially close enough for contaminants to enter these wells, should they be released by hydraulic fracturing operations.

How Close is Too Close?
The researchers concentrated on 14 states spanning the United States that had an active hydraulic fracturing program in 2014, and collected locations for all oil and gas wells that were stimulated for production in 2014. The team then plotted domestic water wells that were constructed between 2000 and 2014, to see how close the domestic groundwater wells were to wells for hydraulic fracturing, and oil and gas production. They chose these recent years to improve the chance that the groundwater wells were being used.

“In some states, it is difficult to identify abandoned wells due to lack of information or inconsistency in state water datasets,” said Perrone. “To increase the likelihood of a domestic-water well being used in 2014, we focused on wells constructed between 2000 and 2014.”

The goal was to identify any domestic water wells that sat within 2 kilometers of a hydraulically fractured well. Previously published studies suggest that chemicals used in hydraulic fracturing may be able to migrate horizontal distances 1 to 3 kilometers, so wells within 1, 2 and 3 kilometers were identified.

Potential Pollution Problems
Contamination from oil and gas extraction can occur in a few ways, including a spill at the ground surface, a “frac hit” where injected fluids enter a nearby pre-existing well during injections, or with a failure of well integrity. Spills are the most common, with an average of about 1 in 40 hydraulically fractured well sites experiencing that type of contamination event.

“We wanted to better understand the risk to domestic water wells,” said Perrone. “If a contamination event were to occur, how many wells have the potential to be impacted?”

After collecting all the well location data, the team found that more than 50 percent of hydraulically fractured wells stimulated in 2014 were within 2 kilometers of domestic water wells. Noting that spills have been documented at both hydraulically fractured and conventionally mined oil and gas wells, the team expanded their analysis to include traditional oil and gas wells. They found similar numbers: more than 50 percent of oil and gas wells were within 2 kilometers of at least one domestic well.

Combating Contamination
Perrone pointed out that the proximity alone of hydraulic fracturing wells and domestic groundwater wells doesn’t mean there will be contamination.

“Given that we have limited resources at the EPA, federal grant agencies and universities, I’m hoping this study helps us to hone in on areas that are most important in terms of proximity to hydraulic fracturing,” said Jasechko.

Perrone hopes their work will help policy makers not only focus on areas of concern, but spur conversations between the water and energy sectors.