Twin Pines Mine is located in the red circle TPM, due North of Macclenny, FL.

The following article from the Valdosta Daily Times has been updated by John Quarterman to include times and addresses of the meetings with the mine company.

This mine is of interest to those concerned with the welfare of the Santa Fe River because pollution from Chemours mine north of Bradford can find its way into the Santa Fe basin and thus affect our river and/or groundwater.  And it sounds like the processing will take place at Chemours.

Not only that, but mining at the headwaters of the Suwannee River, whose major run is in Florida, is not a good idea for the river.

We need to tell Twin Pines that we do not want a titanium or any other kind of mine in the wetlands and headwaters of our Suwannee River, which is not theirs to endanger nor pollute.  It belongs to the people, not the mine, not a corporation who would defile it for profit.

Read the original article here in the Valdosta Daily Times. 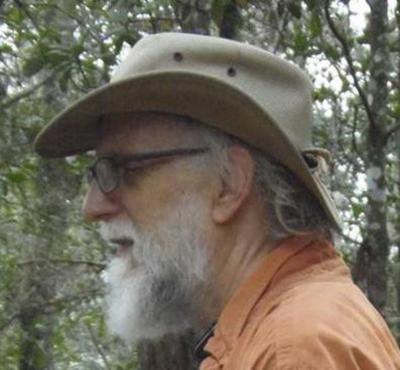 A company wants to mine on Trail Ridge, between the St. Marys River and the Okefenokee Swamp, which is the headwaters of the Suwannee River.

The Charlton County Commission passed a resolution in 2017 thanking Lowndes County for assistance during the big fire in that same area.

“Gateway to the Okefenokee” says the sign as you exit Interstate 75 southbound into Valdosta.

Twin Pines Minerals promises jobs, taxes and low impact. Yet just across the state line in Florida, miners made all those same promises and nobody can name any local people employed.

The miners have told multiple organizations they want to ship the ore to Starke, Fla., for processing. That’s in Bradford County, between the New River and the Santa Fe River, which flows into the Suwannee River.

During Hurricane Irma, the only pollution spills in the Suwannee River Basin in Florida (other than truck wrecks) were three from Chemours mines on Trail Ridge in Baker and Bradford counties.

Do we want to risk that on Trail Ridge in Charlton County, Ga., where downhill is either the Okefenokee National Wildlife Refuge or the St. Marys River? That river is a favorite local recreational resort. The refuge, directly and indirectly, supports hundreds of jobs.

We need a real environmental impact statement before we let miners risk the Suwannee River headwaters in the Okefenokee Swamp, or its tributaries the New or Santa Fe rivers.

The Corps is extending the public comment deadline to September 12th. It took most of a week for anyone to get copies of the 565-page complete permit application, and it turns out the miners still do not have finished a key hydrogeological report; see wwals.net/?p=49738. It would be better if the comment period did not even start until that report is distributed.

To comment, or to request a public hearing, you can write to Commander, U.S. Army Corps of Engineers, Savannah District, Attention: Ms. Holly Ross, 1104 N. Westover Boulevard, Suite 9, Albany, Ga. 31707, or by email to [email protected] Please refer to the applicant’s name and the application number in your comments: Twin Pines Minerals, LLC, 2100 Southbridge Parkway, Birmingham, Ala. 35209, Application Number: SAS-2018-00554.