The University of Florida has established a new environmental institute, headed up by Dr. Bruce McFadden, who happens to be a leading expert in fossil horses (Systematics, Paleobiology, and Evolution of the Family Equidae, Cambridge U. Press, 1994.)

Dr. McFadden, we challenge you to look hard at our declining aquifer and our deteriorating water quality and look into the causes which are over-pumping and excess nitrates. 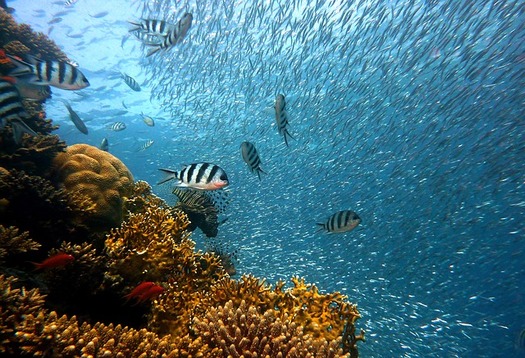 The Thompson Institute for Earth Systems was started in 2018 to advance communication and public understanding of current research discoveries about Earth’s natural systems in Florida and beyond. (Joakant/Pixabay)

GAINESVILLE, Fla. — Florida’s environment has been a topic that looms large for the state’s residents and politicians this election cycle. Now, the Thompson Institute for Earth Systems at the University of Florida says it wants to make sure people are in the know about the latest environmental risks and developments in the state.

Bruce McFadden, distinguished professor and director of the institute, said the newly opened facility aims to protect the state by educating the public on issues such as storm recovery.

“Does it really make sense for us to rebuild in areas where the sea level is rising or where there is potential for tropical storms?” McFadden said. “And hopefully we can better understand how to act responsibly in the future.”

He added he hopes his research also will find answers to issues such as tropical storm development, Florida’s red tide outbreak and an algal bloom that’s spread along both coasts, injuring Florida’s wildlife and tourism industry. McFadden said the institute will be communicating the kinds of research that advances understanding of air, water, land and life in Florida and beyond.

“We will communicate the research and hopefully improve public understanding about scientific knowledge about our state in a broader context,” he said.

A $10 million gift to the university by Fort Myers couple Jon and Beverly Thompson provided the bulk of the funding for the institute. McFadden said the institute will share its research with Florida’s future generations, including elementary and high school students, to help improve the state’s future.