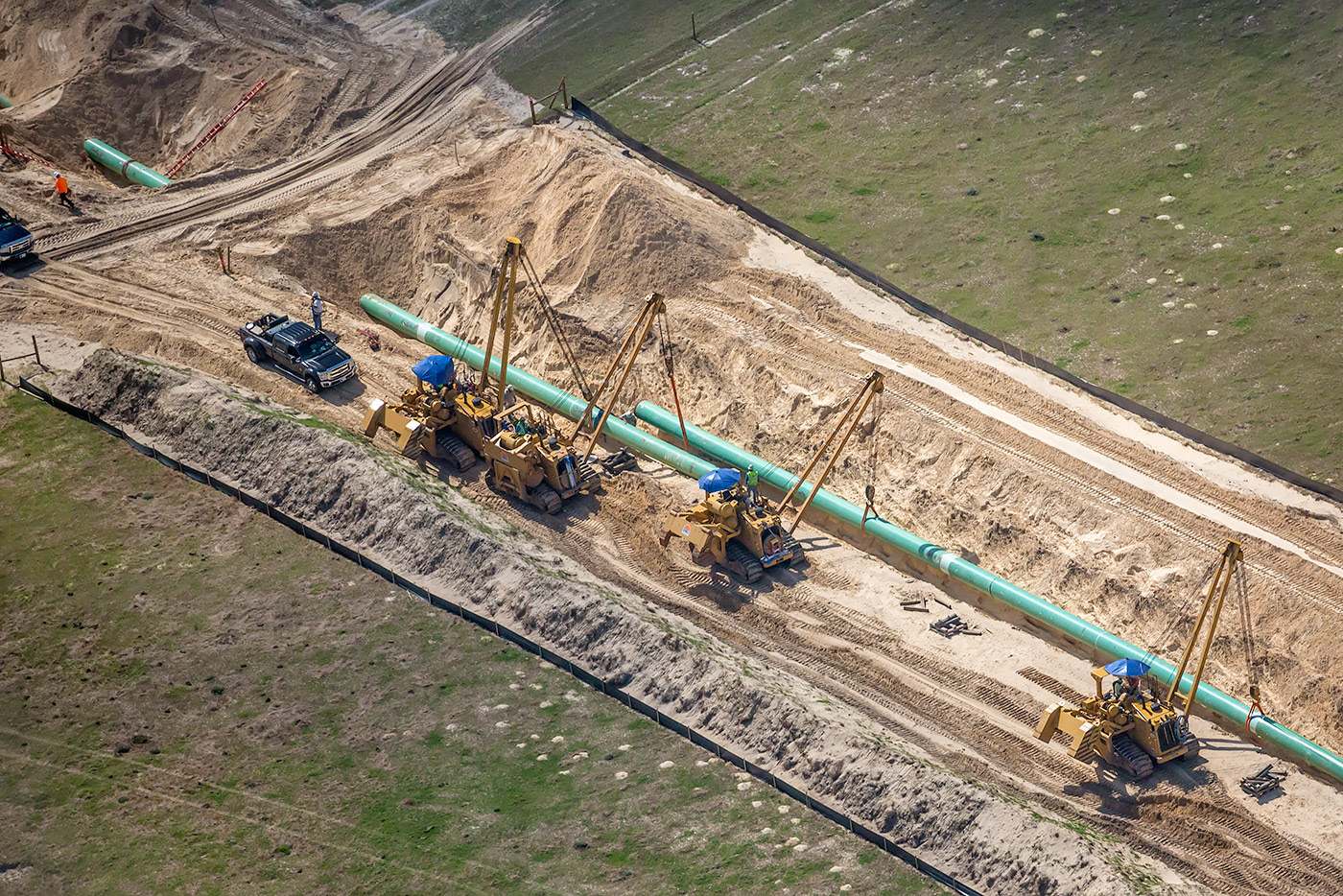 Last week, the D.C. Circuit Court of Appeals rejected the Federal Energy Regulatory Commission’s (FERC) attempts to downplay the massive climate impacts of the Southeast Market Pipelines Project, a $3.5 billion project that includes the 515-mile Sabal Trail pipeline. FERC and the pipeline companies argued that even though the project’s purpose is to transport fracked gas through Alabama and Georgia to Florida power plants, FERC nonetheless could ignore the greenhouse gas emissions from burning the gas at those plants.

It’s Not Just the Journey, It’s Also the Destination
In a 2-1 decision, the court agreed with the Sierra Club and its partners that FERC’s refusal to analyze these “downstream” emissions—an entirely foreseeable result of constructing the pipeline—violated the National Environmental Policy Act (NEPA). The court vacated FERC’s approval of the project and remanded to the agency with instructions to prepare an environmental impact statement consistent with the court’s opinion.
Once the court officially returns the matter to FERC, the pipeline should cease operations while FERC undertakes the new analysis. (Despite the shoddy environmental review, the pipeline was allowed to start operating in June.)
Noting that “[i]t’s not just the journey, … it’s also the destination,” the court rejected each of FERC’s many excuses for ignoring the emissions from burning the gas. The court found:
The court concluded that FERC “should have either given a quantitative estimate of the downstream greenhouse emissions that will result from burning the natural gas that the pipelines will transport or explained more specifically why it could not have done so.” The court further noted that the environmental impact statement needed to include a discussion of the significance of the downstream greenhouse gas emissions, as well as their cumulative impact. Finally, the court directed FERC to explain, in its new EIS, whether it still maintains that the “social cost of carbon”—a valuable tool that places a dollar value on the harm caused by each ton of carbon emitted—is not useful for NEPA purposes, and why.
The decision is a significant victory for pipeline opponents, with far-reaching consequences for gas pipelines and other fossil fuel projects that require federal approval. And while Trump tweets that climate change is a hoax and cynically attempts to eliminate climate considerations from federal decision making, the court’s opinion—authored by a George W. Bush appointee—signals that the courts will hold agencies to their NEPA obligations.
Environmental Justice
Communities of color and low-income communities are disproportionately exposed to environmental hazards and routinely bear the brunt of harmful impacts from polluting industrial facilities. For pipeline projects, those impacts include pipeline ruptures, construction impacts, groundwater contamination, and noise and air pollution from massive compressor stations.
A staggering 83.7 percent of this pipeline—or approximately 574 miles—runs through or within a mile of environmental justice communities. And the compressor station in Albany, Georgia—a huge industrial facility that would release hundreds of thousands of tons of air pollutants each year—is slated to be constructed in a neighborhood that is more than 80 percent African American (watch community leader Gloria Gaines discuss the Albany compressor station). As members of Georgia’s congressional delegation pointed out to FERC before the pipeline was approved, these communities are already overburdened with polluting facilities.
FERC nonetheless concluded that the project’s impacts would not disproportionately fall on environmental justice populations. While recognizing the “grim statistics” regarding the overburdened nature of these communities, and noting that it is “sensitive to Sierra Club’s broader contention that it is unjust to locate a polluting facility in a community that already has a high concentration of polluting facilities,” the court declined to overturn FERC’s analysis.
* * *
The Sabal Trail pipeline has already harmed the communities along its path, and the waterways they depend on. Most recently, Florida residents were exposed to a mercaptan leak at the Dunnellon compressor station site. (According to the emergency report, when the pipeline company representative arrived at the scene, he informed emergency responders “that ‘this was a new system and they are still learning.'”)
These issues, and the D.C. Circuit’s ruling, are a prime example of why FERC cannot be allowed to continue to rubber-stamp dangerous gas pipelines. FERC has consistently allowed pipeline construction to move forward—inflicting environmental damage and taking people’s private property through eminent domain—before the full scope of impacts is understood. (In particular, FERC has sought, with a disturbing degree of success, to keep injured parties out of court while allowing pipeline companies to move forward with construction.)
As is frequently the case, here the pipeline companies are corporate affiliates of the utilities that have contracted to purchase the gas. Instead of sacrificing our communities and environment to build unnecessary pipelines that “set up surefire profits” for pipeline companies at the expense of captive ratepayers, the focus should be on transitioning to clean renewable energy and energy efficiency—especially in the Sunshine State. Forcing federal agencies to grapple with the true climate impacts of dirty fossil fuel projects is a big step in the right direction.
In the news:
Federal court ruling could delay major natural gas pipeline projects (NPR: StateImpact PA, 8/25/17)
Major ruling against FERC shakes up climate law (E&E News, 8/23/17)
Skeptical Courts May Undermine Trump’s Energy Project Push (Law360 [subscription required], 8/23/17)
Landmark Court Ruling Could Jeopardize This Major Pipeline (OilPrice.com, 8/23/17)
Court ruling could broaden U.S. government environmental impact studies (Reuters, 8/22/17)
Appeals Court: Energy Officials Missed in Pipeline Review (AP: New York Times, Washington Post, 8/22/17)
Court rejects pipeline project on climate concerns (The Hill, 8/22/17)
Court Rejects Pipeline Rubber-Stamp, Orders Climate Impact Review (InsideClimate News, 8/22/17)
Court orders new environmental review for Sabal Trail Pipeline (Atlanta Journal-Constitution, 8/22/17)
Court hands pipeline opponents a major victory (ThinkProgress, 8/22/17)
D.C. Judges Say Feds Screwed Up Review of Florida’s Sabal Trail Pipeline (Miami New Times, 8/22/17)
Court Chucks Federal Approval of Sabal Trail Pipeline (Courthouse News Service, 8/22/17)
This Pipeline Victory Could Have Major Implications for Climate Fights Ahead (Common Dreams, 8/22/17)
Listen to Sierra Club attorney Elly Benson discuss the ruling on the Daily Journal’s appellate law podcast.
Image Source:
John Moran
Elly Benson is a staff attorney with the Sierra Club’s Environmental Law Program