Wisdom From the Word Witch 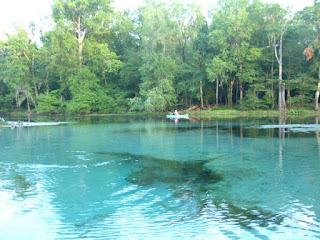 The Word Witch has written “An Open Letter to Florida’s Water Advocates” wherein we find a thought-provoking message concerning our water problems in Florida.  These problems are those of all Florida residents, not just the advocates.  Ironically, many residents do not yet know they have them.

“An Open Letter to Florida’s Water Advocates”
Hello everyone. Like all of you, I have been watching with dismay the direction that Florida’s elected “leaders” are choosing to take with regard to our waters and our environment. I have some thoughts to share that might spark discussion.
We are still placing a lot of emphasis in our discussions on working within the system and “throwing the bums out” via elections. I believe this energy is misplaced. Here’s why:  The political system that many of us grew up with is broken; it doesn’t work any more.
Two of the primary reasons why the old system is not working are gerrymandered legislative districts and the huge amounts of money being poured into political campaigns as a result of the U.S. Supreme Court’s Citizens United v. Federal Election Commission decision (http://en.wikipedia.org/wiki/Citizens_United_v._FEC). As long as our elected representatives serve in “safe” legislative districts, we won’t be able to throw them out of office. As long as huge amounts of private money can legally be poured into political campaigns, water advocates and environmental groups can’t compete.
Some Princeton University research that backs up these assessments was sent to me recently by Lesley Gamble; see:
http://journals.cambridge.org/action/displayAbstract?fromPage=online&aid=9354310
From the Abstract of that study: “Multivariate analysis indicates that economic elites and organized groups representing business interests have substantial independent impacts on U.S. government policy, while average citizens and mass-based interest groups have little or no independent influence.”
The conclusion I draw is disheartening:  As long as we keep doing what we’ve always done, nothing is going to change. That’s doesn’t mean, however, that we need to stop doing what we’ve always done; it simply means we need to admit to ourselves that it’s not enough.
The flip side of that conclusion is this:  We need to be much more creative. We need to reach out to organizations such as Move To Amend, which is working to overturn the Citizens United decision via an amendment to the U.S. Constitution, to find out how we might work or at least “message” together. We need to identify allies who are working to require more fairly apportioned legislative districts. We need to let our members and the public know why we are doing these things. We need to get much savvier in our messaging so that we can communicate to our leaders who DO care about our waters, as well as the public, where the real problems lie. And even though it’s part of the old system, we might want to consider starting a Political Action Committee (PAC) for Florida’s waters.
One thing I think we need to do in our messaging is to begin to ask this question of our elected representatives and in our op-eds:  Has North Florida’s springs heartland been declared a sacrifice area for big business and big agriculture? It would be interesting to watch the reactions, if any, to this question.
We need to consider our springs problem not only as a springs problem, but also as an aquifer problem. We need to forge alliances in aquifer restoration efforts with as many farmers as we can via a concerted, person-to-person effort to mend fences with those groups. Why? Because if our aquifer is damaged, they stand to lose as much as we springs lovers do, and because there are no solutions to our aquifer problems without their cooperation and support. We also want them to stay in business so their land doesn’t get sold to developers! Industrial farmers/ranchers will, of course, not be interested in this argument. I believe, however, that many Florida family farmers and organic farmers will be interested and would be willing to add their voices to ours if we play our cards right and focus a substantial effort on building these bridges.
We need to find ways to create greater emotional connectionsbetween people and springs.
We need to identify what I call “helicopter projects” that enable us to get out in front of the big truck that’s throwing out trash (or worse!) for us to shovel. We need to move from being reactive to being proactive. (Thanks to Annie Pais for the helicopter idea.)
We need to change our laws to level the playing field between the environment and business/commerce.
Finally, we need to make ethics the centerpiece of our messaging.I say that because I have long seen that invoking the ethical argument against destroying our springs is how we will win. As the ethicist Kathleen Dean Moore has said, “It’s wrong to wreck the world.” The “ethics” I’m talking about are not the ethics of one religion or one culture, but rather what His Holiness the 14th Dalai Lama refers to as “secular ethics,” “…the diverse set ofvalues that people of various beliefs hold in common.”
I know that many of our groups are already doing some of these things. I am writing this piece not as criticism of what people are already doing, but in the hope that these ideas will spark discussion and perhaps lead to better, stronger efforts to save our waters. It’s always fascinating to watch what comes out of brainstorming sessions and my sense is that from here on out, those sessions need to start with an honest admission that the old ways simply aren’t working any longer.
When you drink water, remember the spring. -Chinese Proverb 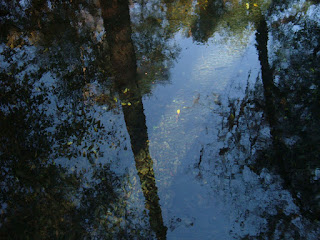 from A Word Witch http://awordwitch.blogspot.com/2015/06/an-open-letter-to-floridas-water.html
via IFTTT